Are you a waffle, french toast or pancake person?

It seems like people fall into one of these camps when confronted with a brunch menu! Me, I like all three for different reasons.

French toast, however, is one of the hardest to veganize! Simply thickly sliced bread dredged in egg and then cooked in butter, it’s no wonder that it’s something we skip after staring a plant based diet. But there’s no reason to do without if you really love this breakfast treat!

I actually spent a lot of time making this dish many different ways before settling on this technique. A few things I learned were: 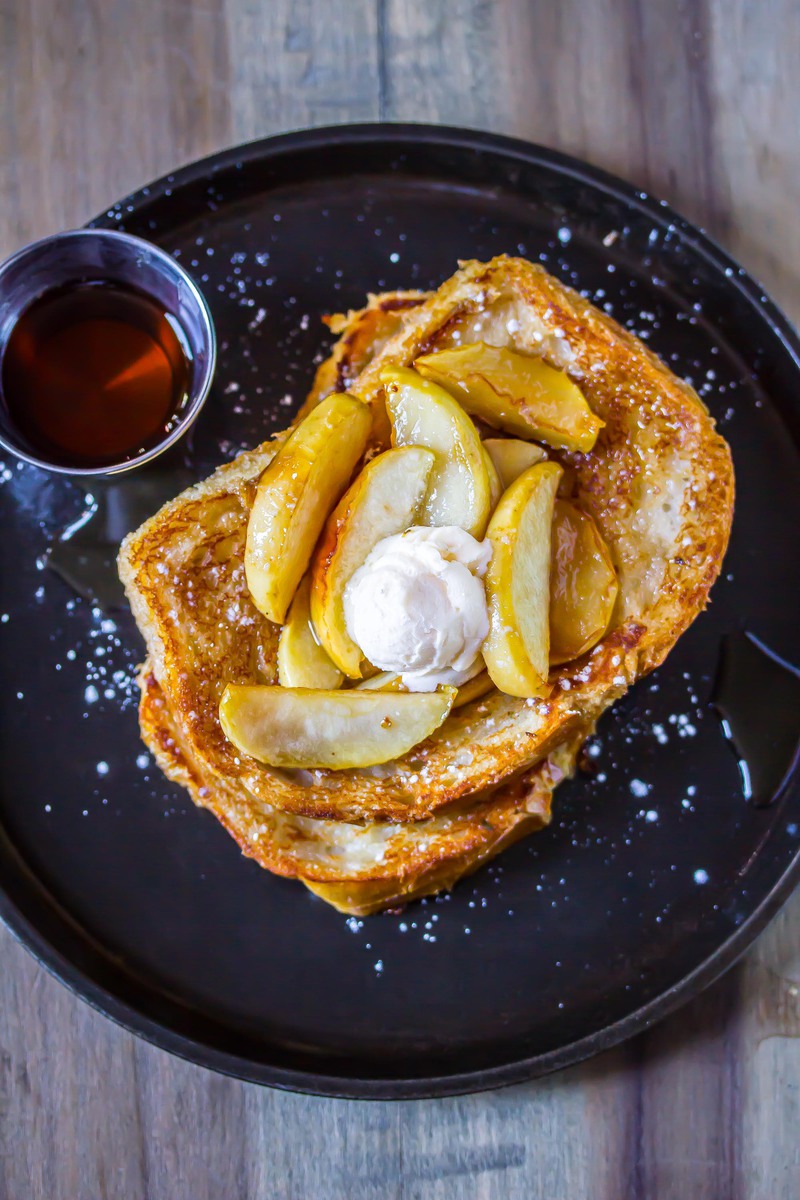