The vibrant vegetarian flavors in Korean and Mexican cuisine go beautifully together in these Raw Korean BBQ Tacos! 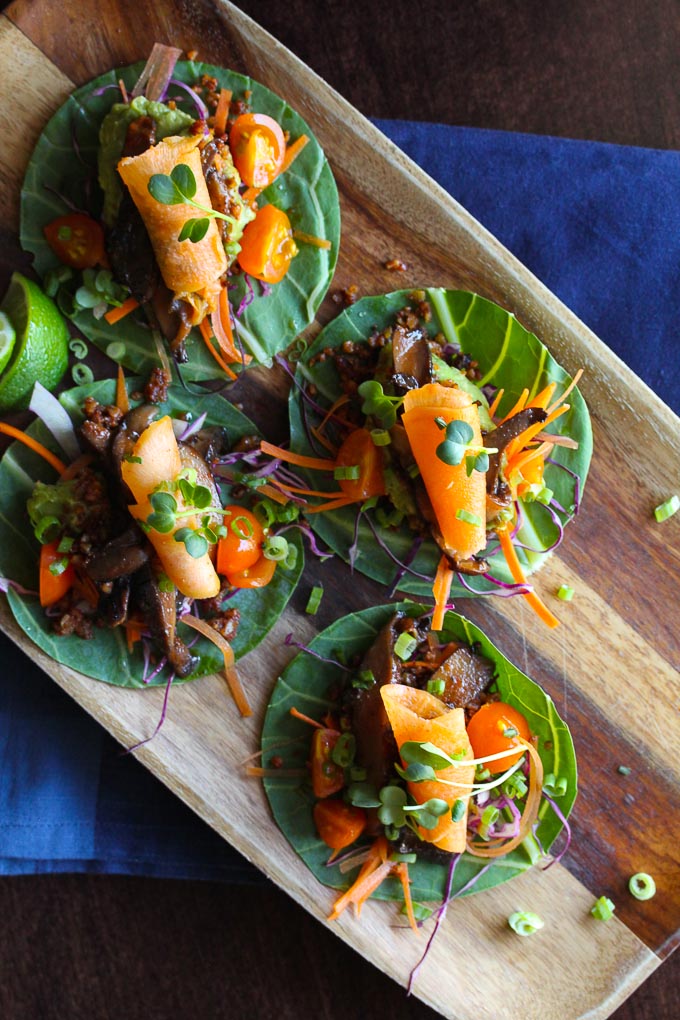 Living and cooking in Los Angeles, one of my favorite things is the diversity of cultures and FOOD! Inspiration is everywhere. I love the contrast of sour and spicy in Korean cuisine!

Tacos are everywhere these days, but I love a tasty raw version best. I have made an easy vegan version of a Korean BBQ marinade and used portabellos as the star of the dish. Instead of tortillas, collard leaves have been cut into circles for a gluten free base for these Korean BBQ tacos and there is a nut based “chorizo” as well. 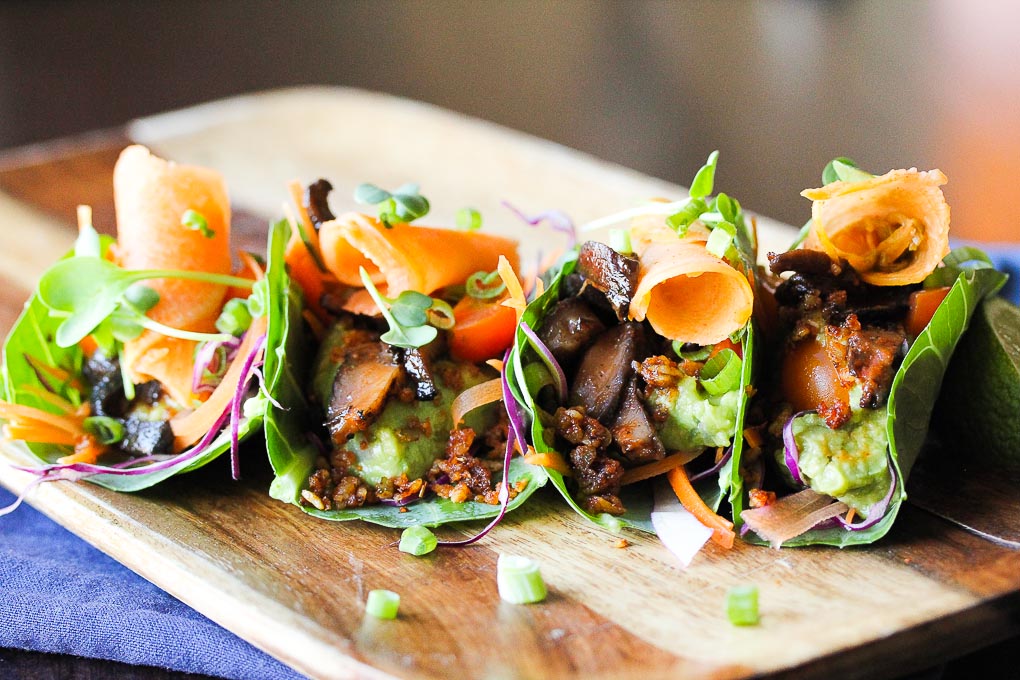