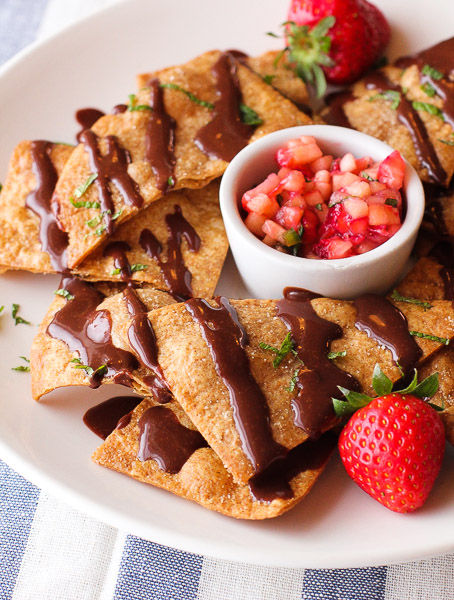 Dessert nachos are a fun option for Mexican dinners and this vegan version won’t disappoint.

Mix the salt and the masa harina together. Slowly add the hot water until a dough is formed, and is firm and springy to the touch, not sticky.
Wrap in plastic and allow the dough to rest for one hour.
Form the dough into 2″ balls and using a tortilla press (according to the manufacturer’s instructions) press the ball into a 6″ tortilla. Be sure to use two pieces of wax paper to keep the dough from sticking to the tortilla press.
You can also roll this out by hand with a rolling pin between the two pieces of wax paper.
Heat up a cast iron and cook the tortillas for about one minute on the first side and flip over and cook on the other side for a few seconds.
Makes about 12 6″ tortillas.
In a large sauce pan, add about 1″ of oil. Heat it up to about 325-350 degrees.
Cut up the tortillas into chip sized pieces and drop into the hot oil. Fry until crisp, about 1 minute. Remove from the oil and sprinkle with cinnamon sugar on both sides. 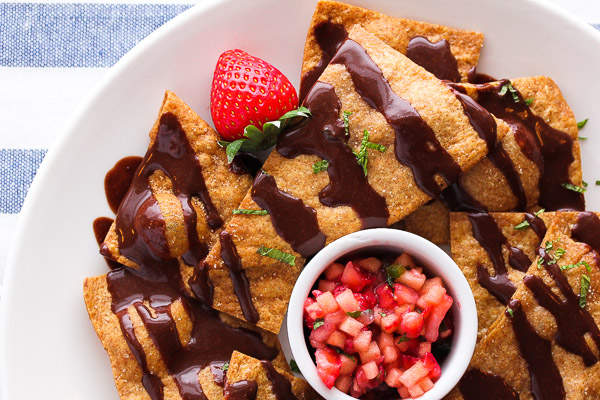 For the strawberry salsa:
1 pint of strawberries, minced
1 apple, peeled and minced
2 sprigs mint, finely chopped
1/2 fresh jalapeno pepper, seeded and minced
juice of 1/2 lime
1 tablespoon agave (optional)
pinch salt
Toss all ingredients together and set aside until ready to use. 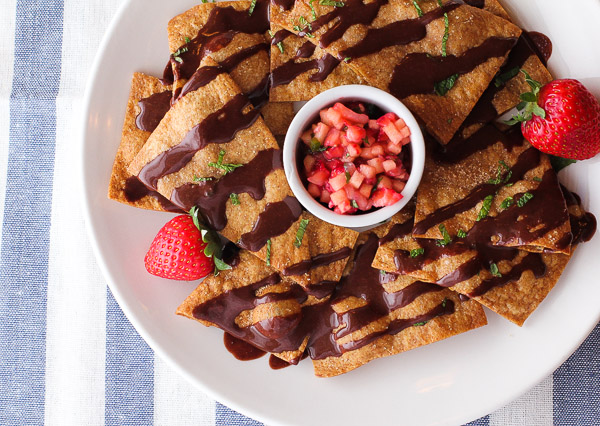