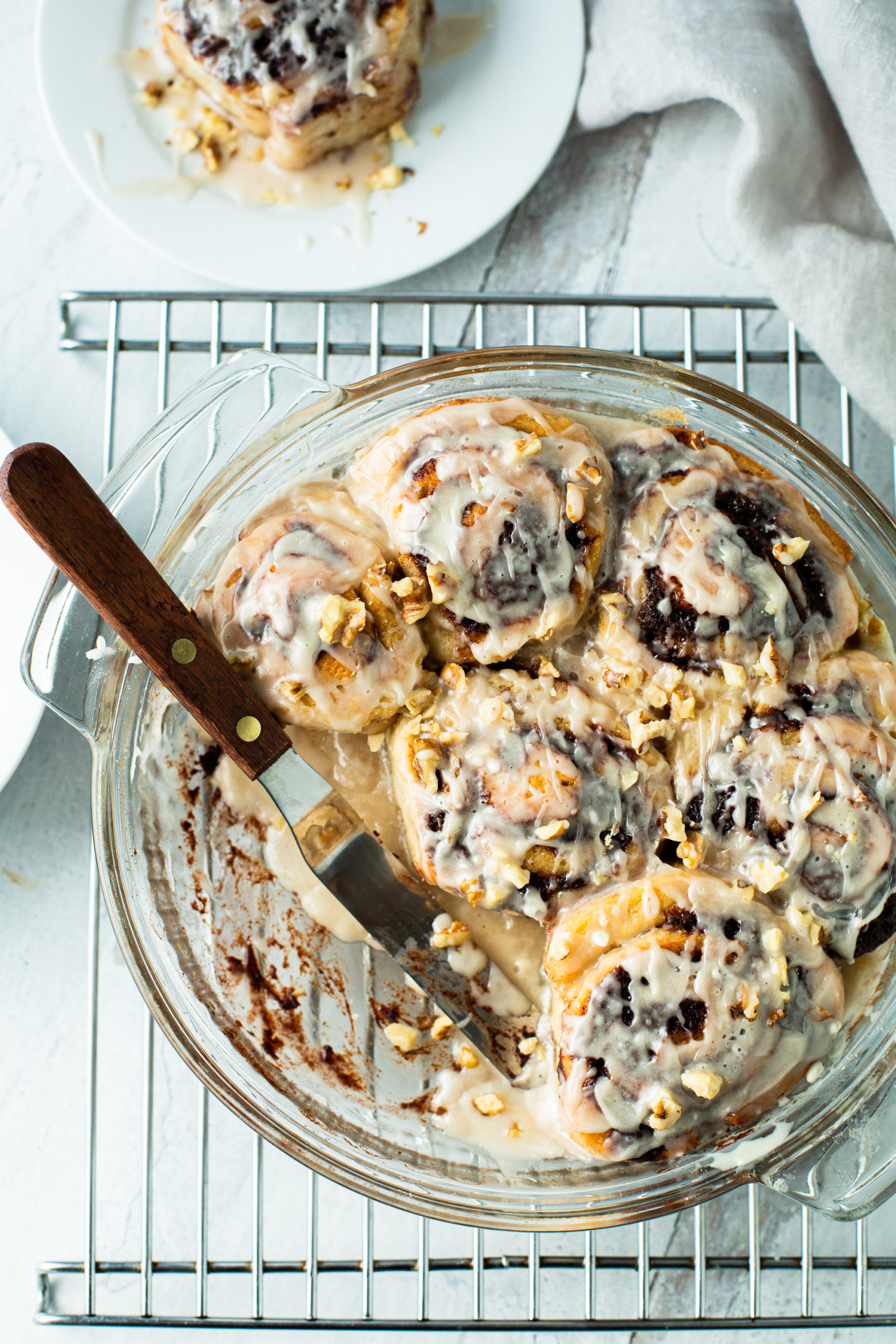 Gooey and sweet cinnamon buns are the perfect treat for week-end brunch. This gluten free version is wonderfully fluffy and sticky in the middle. The sweet glaze perfectly complements the raisins inside, while the walnuts lend a lovely crunch.

I recommend baking these right before serving. When they sit overnight, they tend to get a little hard and dried out.

You can alternately mix and assemble the buns the day before and place them in the pan, and then store overnight in the pan. The next day, simply take them out of the refrigerator and allow them to sit in a warm spot for about 1 hour and then pop them in the oven.